Alongside the antique mill, the farm’s proprietors, the Bignells, use advanced agronomy techniques to cultivate wool, lamb, pork, opium poppies, horseradish, garlic and flour. Their markets are international and brutally competitive. Every possible growing advantage must be eked out. Now, in order to maintain their toehold, the Bignells are considering the promise of gene technology.

Tasmania has a moratorium on genetically modified (GM) crops, which is currently under review. The state government is expected to extend the ban when it hands down its decision later this year. The prospect of a GM-free Tasmania, driving innovation in niche production may be a good reason to reject GM crops. But the public debate is degraded by subjectivity, sophistry and an instinctive mistrust of science. 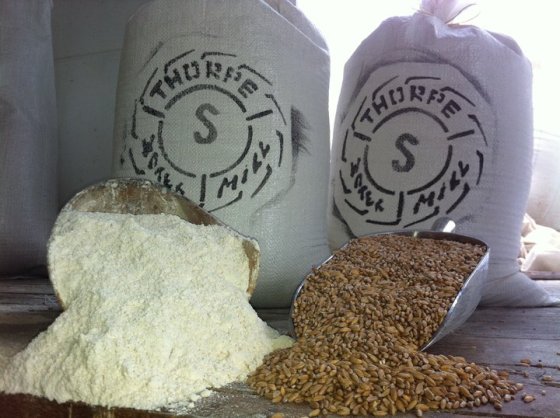 “The biggest issue we’ve got with GMO is it’s an emotive position”, says Will Bignell. “It’s a bit like a religion, it’s very hard to sway someone from their initial position. I believe 90% of the debate isn’t based on rational decisions. It’s a pre-formed emotive position.”

Few subjects are more quickly railroaded into morality than GM. Many feel instinctively uncomfortable about this technology – and who controls it. These are vital issues for us to talk about as a society. But valid reservations are often cloaked in pseudoscientific assertions that all GM technology does not work or is unsafe for consumers.

The biotech industry pursues its own agenda through the GM PR machine, which is lead by industry cheerleader Croplife. Funded by BASF, Bayer CropScience, Dow AgroSciences, DuPont, FMC Corp, Monsanto, Sumitomo and Syngenta, Croplife publicises studies that back up industry claims about GM’s efficacy and safety.

The sheer volume of questionable and contradictory research makes GM science difficult to navigate. Bignell, who holds a PhD in molecular biology, agrees:

“There’s a lot of what I call chaff in amongst the facts and that’s what science teaches you to dig through. The middle ground is the hardest ground to find. But for me, I genuinely think there are advantages in GMO technology.”

Bignell debunks the suggestion that the crops don’t work with the simple logic of the land:

“If GM crops yield less, why do people buy it? Are farmers that stupid? The message that that argument gives me is: I’m a dipshit.”

Not all farmers have PhDs and they are subjected to intense industry lobbying, but Bignell’s point is a good one. Worldwide, 17 million farmers planted GM crops last year – not all of them are dupes. If the anti-GM movement treats growers with disrespect it will quickly lose more of them to the biotech industry.

Another emotive furphy is the skull and crossbones image attached to GM crops. There seems to be a fairly clear and reasonable consensus that GM technology is not inherently dangerous. But anyone who says that there is a scientific consensus that all GM technology is safe is wrong. There is no single entity called GM. Each crop is a novel technology and must be tested and found to be safe (or otherwise) as it is produced. The biotech industry often quotes experts who say there have been no recorded incidents of ill health resultant from GM crops. This does not mean it will never happen.

Australian states are restricted by federal law from rejecting GM crops on the basis of concerns about the environment or health of their citizens. This is the province of the Office of the Gene Technology Regulator (OTGR). Instead, Tasmania and South Australia have successfully challenged the technology on the basis that it will harm their export and tourism brands.

Federal Senator Lin Thorp has led the push against GM in Tasmania. Thorp was a member of the state government that introduced the moratorium in 2001. She says Tasmania, as an island, can use its isolation and clean environment to “overcome the tyranny of distance and the difficulties of the size of our ventures” by producing GM-free food “that people are prepared to pay a premium for”.

There has been little comprehensive research into the market potential of GM-free Tasmanian produce. Consultancy group Macquarie Franklin conducted the only major investigation into the issue in 2012. The study recorded both benefits and losses as a result of the moratorium.

Macquarie Franklin noted “intangible” brand benefits for a GM-free Tasmania. But exactly how much value is there in a statewide ban? Do consumers really care if their potatoes come from a state where GM canola is grown (so long as contamination is avoided)? As Thorp said in the Hobart Mercury this month: “We simply can’t rely on “intangibles” in making this important decision.”

The state’s agriculture industry bodies have been mostly united in their support for maintaining the moratorium. Tasmania’s honey growers have threatened to cease crop pollination services if the ban ends because GM contamination will destroy their lucrative European and Asian markets.

Tasmania’s dairy farmers are one of the only agricultural blocks pushing for an end to the moratorium. They stand to benefit from the development of high-energy rye grass, which DairyTas say could boost annual productivity by up to $200 per hectare. The grass remains two to five years away, but this is still closer than other technologies.

Farmers have not taken an ideological position on GM. They have simply judged that there is little short-term advantage for them in abolishing the GM moratorium now. Australia-wide the OGTR has only granted approval to herbicide-resistant canola and cotton, and cotton does not grow in Tasmania. As new crops become available more farmers will seek to abandon the GM-free church.

Bignell will be one of those. He favours a temporary extension of the moratorium because some of his crops (around 20% of his income) attract a premium for being GM-free. But he doesn’t foresee any market advantage for his wool, lamb and poppies. In fact he thinks the poppy industry will eventually move offshore if GM technology is not made available. In the end, he says he can’t see a conflict between growing GM poppies beside GM-free horseradish.

The water still turns the mill at Thorpe Farm, but the ancient technology survives under no grace but its own utility. There is little room for sentimentality on the land. Farmers deserve a rigorous and honest GM debate. To allow an instinctive mistrust of science to inform the argument will drive them into the arms of the biotech lobby. Any extended moratorium should see Tasmania attempt to construct a compelling economic case for staying GM-free. Then, if it exists, we must support agriculturalists to prosper from it.